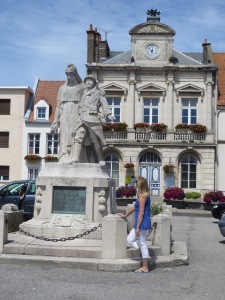 Following signs to Brugge, we soon arrive at “Camping Memling” – 2 kms from the centre of the old town. Along with a few other canal-based northern cities, such as Amsterdam and Stockholm, it is sometimes referred to as “The Venice of the North”. Bruges has a significant economic importance thanks to its port. At one time, before 1500, it was considered the “chief commercial city” of the world. 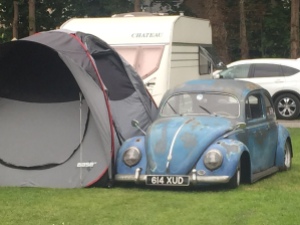 Bruce is resting comfortably on a green grassy site surrounded by tall trees and listening to the chirping of birds – and some interesting travelers!

Shortly after arriving at Brugge, friends Mark & Marie Christine pick us up and spoil us with an exceptional dinner at their favorite local restaurant. They are celebrating their twelfth wedding anniversary with us too! 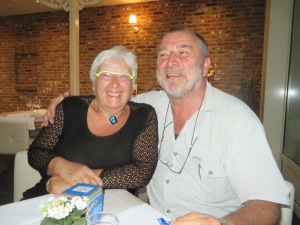 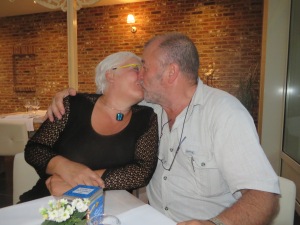 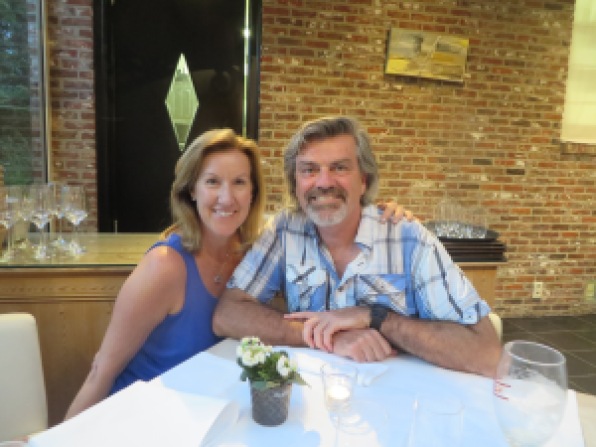 We camped next to them in Paris last year and they had inspired us to visit Brugge & Belgium. Being residents and also both born in Brugge they made the perfect tour guides with many interesting local knowledge facts – with their obvious passion and love of their home town!! 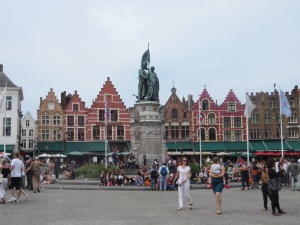 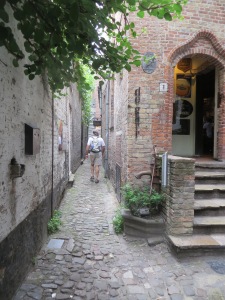 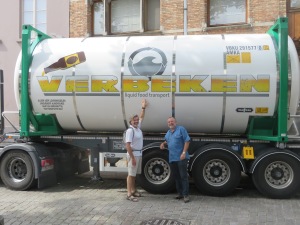 Old-town Brugge is encased by an oval shaped moat the follows the city’s medieval fortifications. The walls are gone, but 4 of the 9th-14th Century gates still stand.

Dominating the centre is the giant Belltower or Belfont. The 47 bell carillon is still played manually on certain days.

Our tour includes a lunch in the oldest cafe. 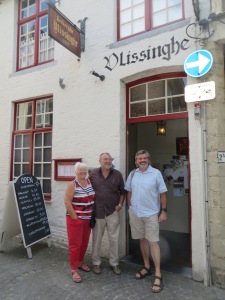 Operating as a cafe since the year 1515!! Celebrated 500 years this year!! The Brugge Zot bier, quenched our thirst and the boys went a little crazy.

It was so peaceful on our picturesque canal cruise passing medieval house fronts. 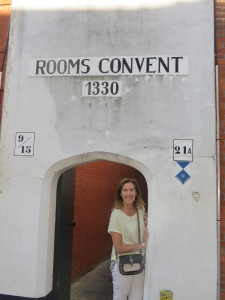 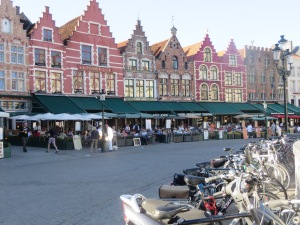 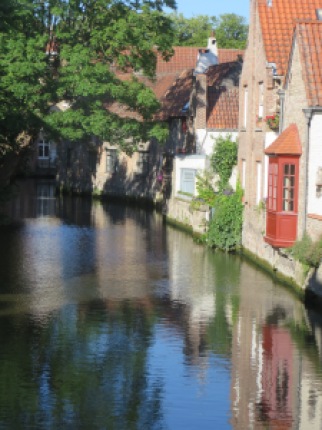 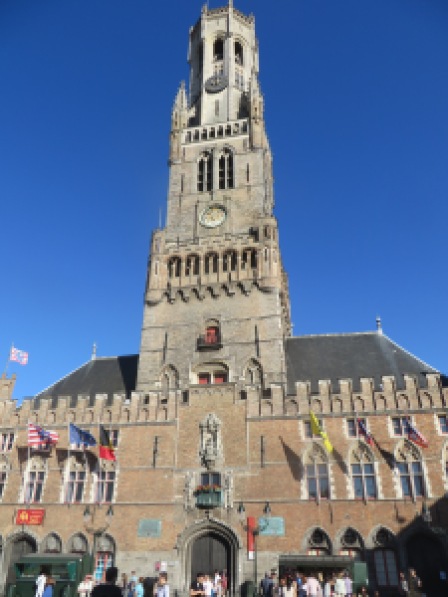 Included in our tour was Basilica of the Holy Blood where in a chapel we saw the vial that supposedly contains Christ’s blood that was brought here in 12th century crusades.In the Church of Our Lady is Michelangelo’s famous Madonna and child statue from 1504!! Very impressive!!

historic sites . . . . there is always a cold bier (beer) and of course Belgian Chocolate to tantalise our taste-buds. From the famous Shock-o-lateer (Chocolateer) in Brugge, Dominique Peronne! We bought a small box of delicious but expensive melt-in-the-mouth delights including wildly experimental flavours – black olive & tomato & basil!!

Speaking of fairy-tale towns we found Jack and the beanstalk!!?!?!