Leaving the Nijmegen region after an excitement packed week, Bruce ventures to the most southern tip of the Netherlands to Maastricht. The oldest Dutch city was full of people on
our Sunday visit. A beautiful city, next  to Maas River, steeped in history with great cafes and shops. Maastricht hangs like an appendix down from the rest of Netherlands, hemmed in on all sides by Belgium & Germany. The Romans built underground forts here & every generation has left its mark.

Maastricht has been called the “true star” of its province Limburg! 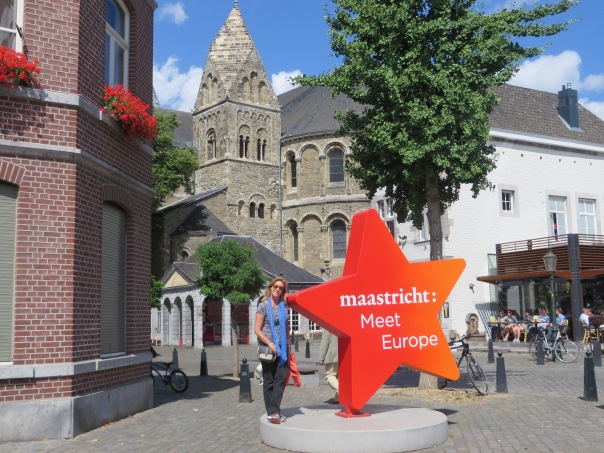