After a smooth, comfortable ferry crossing from Calais in France to Dover in UK, we drove Bruce back to London.

With lots of reasons to celebrate,  Pummy’s birthday and …….. the announcement by Ryan and Sabrina of their impending TWINS…….. identical too !!!! … YES, we are all so excited …….. the champers was popped open and the party began! 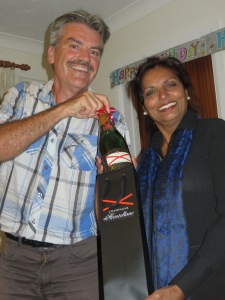 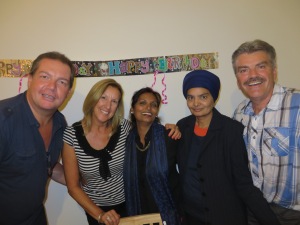 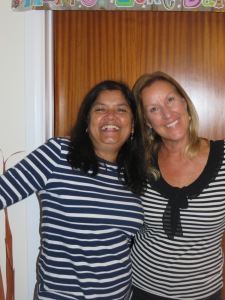 Pinki and Bev modelled matching jailbird outfits and could be mistaken for “twins”!?!?! mmmmmmm………..…?

Mark and Mike share a joke – and some Duty Free!!

Exploring London on the Fat Tire Bicycle Tour was a stress-less way to see the famous sites! Buckingham Palace, Big Ben, Lady Dianna memorial fountain/garden, Hyde and Sait James Parks!!. By a stroke of luck found the queen taking a rest on her throne in one of the gardens!?!

Squirrel “spotting” was easy too as there are so many scurrying between the trees! 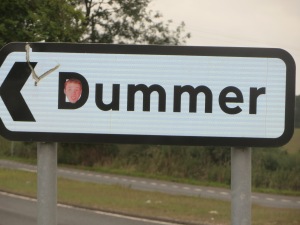 We decide to detour through Melbourne on our journey to Scotland!??! What….? Yes, Melbourne, Derbyshire. While were reunited after six months with our friends Norman and Connie! They shower us with their generous hospitality and we enjoy a fun catch-up. Over a delicious takeaway Chinese banquet, from the “Melbourne Chinese Kitchen” we all shared our recent travel stories and adventures.

Traveling through Blackpool we pass under the famous “Illuminations” – tourist lights that adorn the main coastal road. The lights go on and on…..!

A tad too touristy for us & we head up to the beautiful Lakes District, with its rolling hills & black faced sheep!

Using our recently purchased BRIT STOPS book, we overnighted in the carparks of two hotels in the Lakes District of Cumbria. The Wheatsheaf Hotel, Beetham and The Nent Hall Hotel, near Alston brimmed with British character! We recommend the steak and ale pie at the Nent Hall Hotel …….. and Mark the tea and toast on the Royal Throne!!?!?! We awoke to zero degrees outside & Bruce’s carpark view of the steam rising from kids playground & trampoline. It was snug in Bruce. The central heating was barely used – the insulation being so good in the Hymer! It’s amusing that we now consider a good day to be anything above 10 degrees – provided it is sunny!! A big change from two weeks ago in the South of France…. 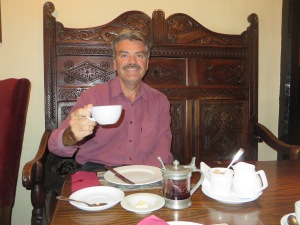 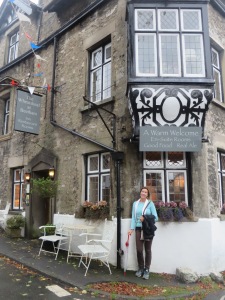 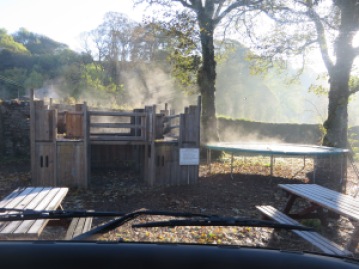 Britstops is similar to the France Passion scheme we used in France. Still in its infancy in the UK, however it is a great idea and will work well for couples in motorhomes.

The black-face sheep is synonymous to this area of UK!! The wool is used for matresses and carpets predominantly.

Not sure what to do with your chooks when you’re on holiday?? They have the answer for you at the local chicken boarding kennels at Greenlads Farm!?!?!>!

Also, Bill will sweep and solve all your chimney problems with the click of the heels!?!?!

Excitement as we enter Scotland and closer to our reunion in Laggan with Kate and Al. 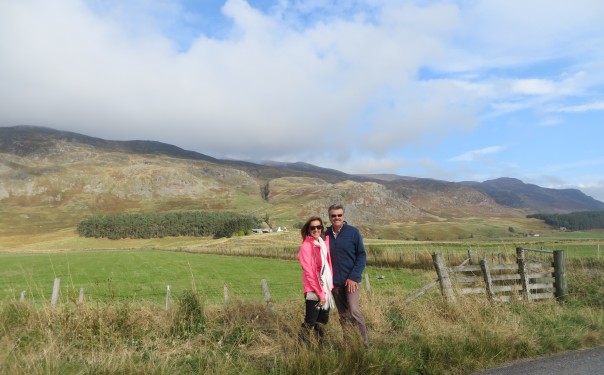 Look out Laggan – here we come!! 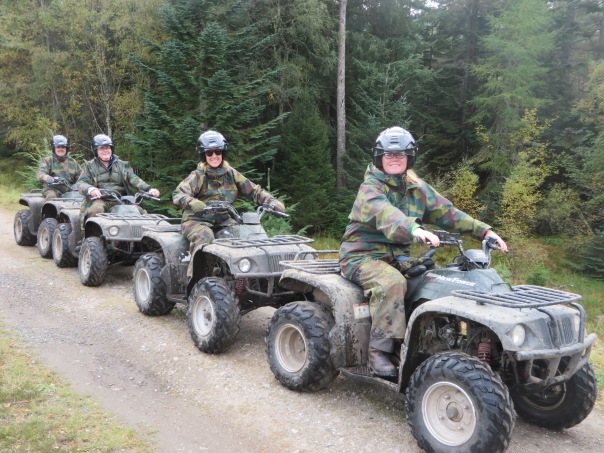 Ardverikie Castle, built in the Scottish baronial style in 1870, is one of the finest private houses in the Scottish highlands. Sitting on a promontory overlooking King Fergus’s Island with its ancient ruins, a three mile private drive winds past the largest inland beach in the country and round the loch. The house played host to Queen Victoria and Prince Albert for a whole month before she bought Balmoral.

We admired the estate on an adventurous and fun two hour QUAD BIKE tour with Kate and Al!! . Click here for details .

A beautiful sunset last night across the top of Kate and Al’s home.